This week in the big brother house… development continued.

A huge list of bug fixes and improvements to report. I’m pleased to report that the In-game play is now almost flawless. It really has been a busy week!

I can’t say that the long working hours haven’t taken a toll though. I’ve been snappy all week and write this dreading the sight of another line of code. Next weeks report will contain a shorter list I expect, and will probably focus on elements which are enjoyable to develop (not bug fixing).

One of the more notable changes in the game pliability from this weeks changes is the anti cheat system (shown in gif). There is an invisible wall that prevents interation with the ping pong ball beyond it, you can still pass through it, but you can nolonger interact with the ping pong ball. This will ensure a fair system for the high score system, which is essential to ensure true masters of the game get their rewards. 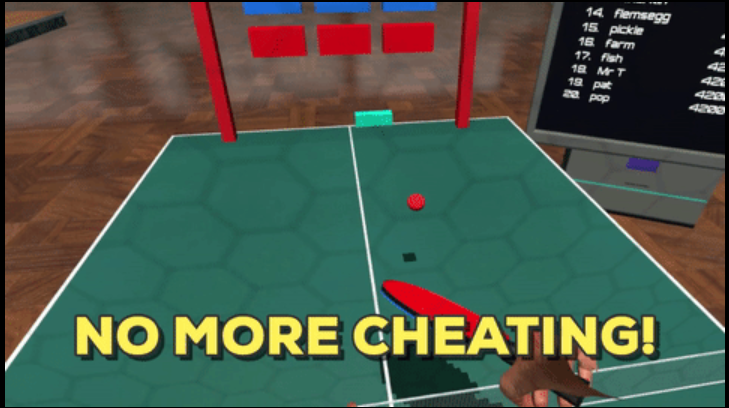